What To Expect At Your 6 Week Baby Scan Appointment? 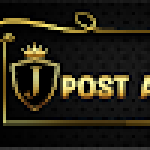 You won’t ever forget the moment you first saw your baby on the glimmering, black-and-white ultrasound screen. Finding out exactly what’s occurring inside your body is exciting, frightening, and comforting. Here’s everything you require to know about that 6 Week Baby Scan or first ultrasound appointment.

When is the first ultrasound during pregnancy?

The first ultrasound won’t generally be done until at least six weeks have passed. However, your doctor could recommend an earlier scan if your periods are irregular or you have a history of troubles, such as ectopic pregnancy, a miscarriage, pain, or bleeding. You won’t usually have your first ultrasound until closer to the end of the first trimester, at 11 to 14 weeks if your cycle is regular and you are aware of the date of conception.

Why did your doctor ask for an ultrasound at 6 weeks?

You typically have your first pregnancy ultrasound at the end of the first trimester (between 11 and 14 weeks). However, if your doctor recommends a 6 Week Baby Scan, they will explain why. Ask if they do not. It can be because you’ve already had pregnancy problems or early pregnancy losses.  Actually, there are a variety of reasons why your doctor would recommend an early scan. Your doctor will typically want to check the following during this first pregnancy ultrasound:

What do you see at six weeks pregnant ultrasound?

You won’t be able to see much at the 6 week baby scan because your fetus is just the size of a single sweet pea (about a quarter of an inch), however, it is just beginning to show signs of brain growth and limb markings. It will probably just appear as a tiny glowing blob on the screen.

3 things to be prepared for

There are a few things you should be aware of if this is your first 6 week baby scan. Being ready might help you to focus on the good parts of this exciting stage.

You may unleash your inner surfer with only one simple action!